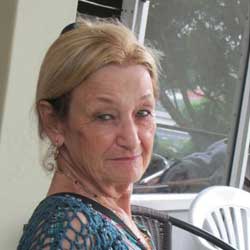 Master quilter, Lin Simpson was born on the 27th of June 1943 and grew up in Queensburgh in KwaZulu-Natal.  She attended Queensburgh Girls’ High School.  After school she went to Technical College and studied bookkeeping. When she was 21 she got married and had two children.  She and her husband later divorced.  She remarried and had two more children. In the late 1970’s she moved with her family to Johannesburg where she would spend the next few years.  In 1987, she moved with her family back to Durban. Although Lin worked part-time for her husband, she was a full-time mom.  She was more often than not the last person to go to bed at night – just one more thing to finish before she went to sleep!

She, along with a few other ladies would meet once a month at each other’s homes to quilt.  The other ladies in the group were Denise Sperring, Marie Van Rensburg,  Rose Stanley and Dee Oxborrow.  The ladies from this group remember her being a very quiet, humble soul.

Lin quilted full time.  It brought her joy and was her crutch during troubled times.  She has been quoted as saying, “Aren’t we so lucky to have quilting to help us cope!”

Despite never being overly confident in her abilities, she started teaching classes and enjoyed it.  She was however never fond of being the person up at the front.  She always believed she had more to learn!  She loved winning at the quilt festivals though.  It made her so happy. Knowing that she’d been judged by her peers and that they had acknowledged her work as a winning piece really wowed her.

Lin got sick mid 2013 and passed away a few months later in October 2013 leaving behind her husband, 4 children and 4 grandchildren – who treasure every single one of her quilts and wall hangings as reminders of her! (Their words not mine!)
Quilting achievementsLin won many awards at Regional, National and International level.  She has an impressive list of accolades.In 1998, her quilt, Homage to Picasso won a Highly Commended at the Natal Quilters Guild Show.In 1999, her quilt, Symbiosis 1, won 3rd prize in the Natal Quilters Guild Show.  In 2000, her quilt, Quilt Extravaganza, which was hand quilted by Inge Lailvaux, won two Judge’s Choice Awards (Odette Tolksdorf and Rosalie Dace) and Best Group Quilt, at the Natal Quilters Guild Exhibition.  In 2002, at the Down to Earth National Festival in Cape Town, her quilt, Timeless Impressions was placed first in the Innovative Pieced Large Category.  This quilt also won Best on Show.  In 2004, at the Celebrations Festival in Durban, her quilt, Adaptation was placed second in the Innovative Large Category.  It also won the award for Outstanding Use of Colour. In 2006, at the Sands of Time Festival in Port Elizabeth, her quilt, Bawa’s Door, won Best Innovative Quilt on Show.  This amazing quilt also won the Viewers’ Choice and Paul Schutte’s Judges Choice.  The quilt then went to The World Quilt Show in 2007 and won Second in Country (South Africa).In 2013, at the Kaleidoscope Festival in Bloemfontein, her quilt Rustic Mosaic won Second Prize Contemporary Master Class. In 2011 Lin took part in the “World Heritage Sites International Textile Challenge” between South Africa, Japan and Korea.  The quilt makers each had to create a quilt using a World Heritage Site as her inspiration.  Her site was –Italy – Santa Maria Della Grazie Church – Church and Dominican Convent of Santa Maria Della Grazie – Milan Lin wrote – “I found this project a real privilege to research.  I have portrayed this very historic World Heritage Site which houses the famous “Last Supper” painting by Leonardo da Vinci in the medium of Fabric/Quilting.  As this is a very vast complex I chose to show 4 different visually interesting aspects – the magnificent Dome through an arch, the Front Façade, the beautiful Skylight interior and the Floor Plan with like fabrics, machine appliqué and machine and hand quilting” 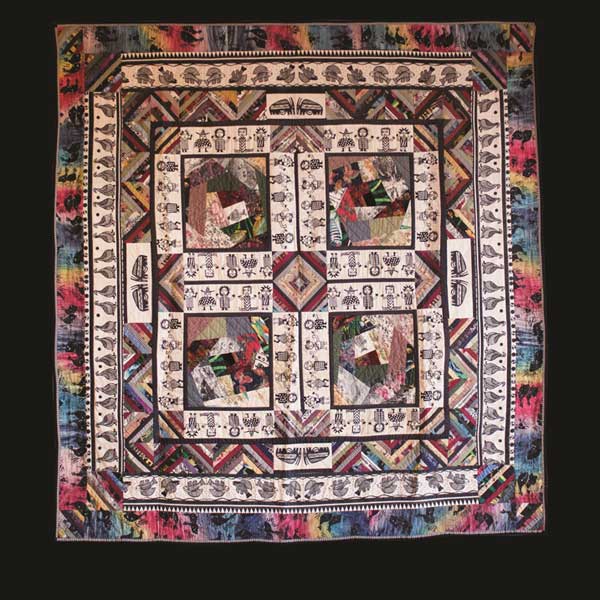 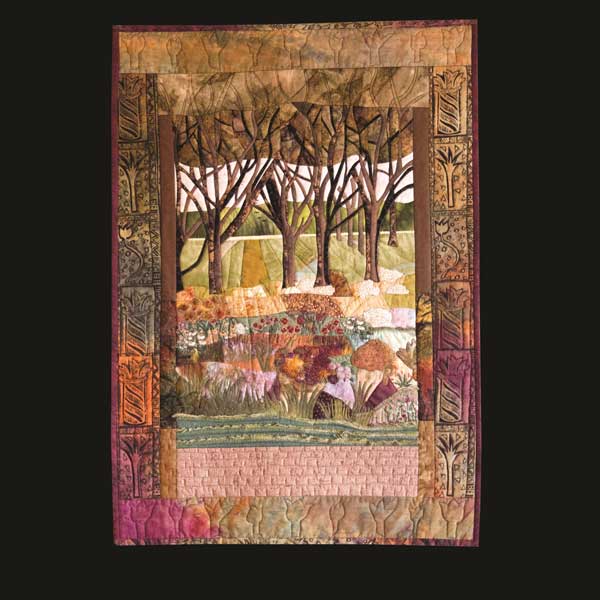 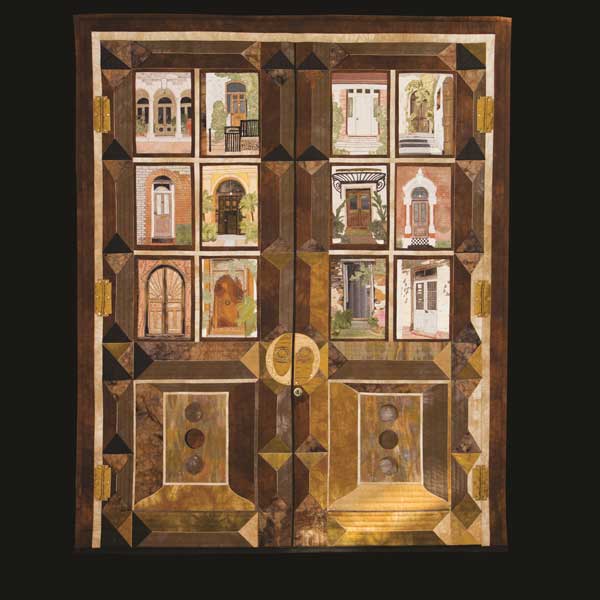 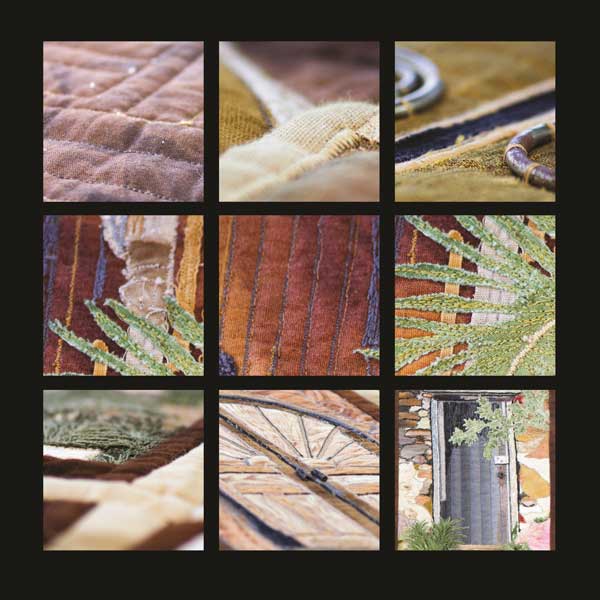 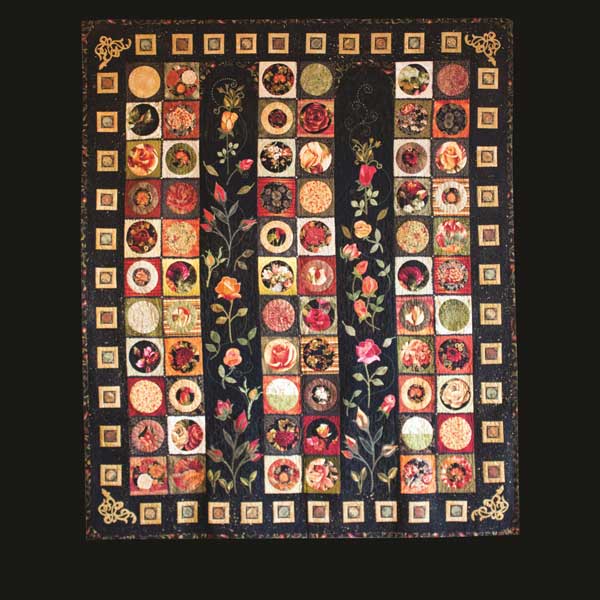 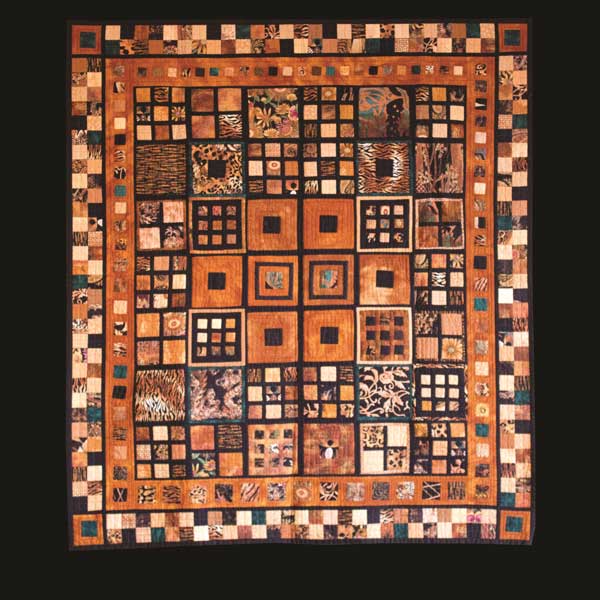