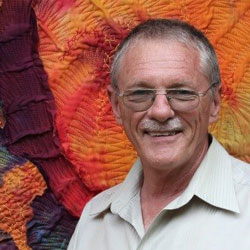 Paul has been involved in quilt making and textile wall-hangings since 1981/2.

He is a quilt and textile artist in his own right due to his excellence in producing an original, creative and technically excellent body of work. He is an award-winning quilter who received Master Quilter status. The inspiration from his outstanding work to South African quilters cannot be underestimated. He likes the creative aspect of quilt-making the most.

He focuses currently on all the possibilities to depict Trees: naturalistically and even spiritually. He has a substantial body of work and achieved significant recognition for his textile work.

As far as we know, he is the only SA quilter who has won a Best on Show in three different categories: Theme/Challenge, Innovative and Art category.
He is also a member of Fibreworks, TAPE and SAQA: (Studio Art Quilt associates -International).

2010: Images of three textile wall-hangings were accepted to be part of the book published in the USA: 1000 Artisan Textiles: Contemporary fibre-art, quilts and wearables.
2017: An image of his textile wall-hanging: Distortion: Polluted Ocean was accepted for the book published in the USA: ART QUILTS INTERNATIONAL: ABSTRACT AND GEOMETRIC by Martha Sielman. Out of 1300 submissions from 461 artists only 97 images were chosen.
The American quilt author, Joen Wolfrom, used images of his textile wall-hangings to illustrate certain design aspects in two of her publications: PATCHWORK PERSUASION and COLORPLAY.
Pat Parker and Jenny Williamson also used images from Paul’s quilts in two of their quilting books: QUILTS ON SAFARI and QUILT THE BELOVED COUNTRY.
Paul also features in Norma Slabbert’s book: A PASSION FOR QUILT-MAKING: LEADING SOUTH AFRICAN quilters show and tell.
He was also profiled in LASLAP EN KWILT - Inspirasie uit die Verlede. The book is a joint publication of SAQG and LAPA Publishers.
Images of several quilts made by Paul appeared in American, European and Japanese Quilting Magazines: Quilters’ Newsletter Magazine, Magic Patch, Patchwork and Quilting; and the prestigious Patchwork Quilt Tushin and Quilt Japan.
Maretha Fourie, one of the pioneers of quilting in South Africa, asked Paul to write the preface to her most recent book: QUILT POTPOURRI. He also assisted her with the final fine-tuning of the book.

Two-person exhibition with Elaine Barnard in the Netherlands.
Invited as solo artist to exhibit in the Art Gallery in February-March, 2011, at the University’s Art Gallery in the city of Potchefstroom, South Africa.
He was invited as one of the solo textile artists to exhibit his two series of 12 textile works each: TREE OF MY LIFE (about his prostate operation) and DIALECTICAL TENSIONS during the 18th European Patchwork Meeting in Val d’Argent, France 2012. Private and corporate owners have purchased several quilts and textile wall-hangings.
Paul took part in several group exhibitions, National and International travelling exhibitions: amongst others at Innovative Threads ’96, ’97, ’98, ’99; in April 1998 at the NSA Art Gallery in Durban; 1999 and 2020 at the Tatham Art Gallery in Pietermaritzburg and 2021 as part of TAPE’s  “Out of the Blue” exhibition. As part of Innovative Threads, several wall-hangings have been exhibited abroad, viz. in Japan and Germany.
The then Director of the European Patchwork Meeting in Val D’Argent, asked Paul to curate two different exhibitions to be exhibited at their world renown Festival  in France, 2003 and 2004. Paul has been one of the founding members of both the local DE OUDE MOLEN KWILTGILDE and the Golden West Guild. He became the President of the South African Quilters’ Guild (1996-1999). He is a qualified judge and judged at several local shows, at three National Festivals and twice at the National Quilt Festival in Harare, Zimbabwe.  With Rosalie Dace and Suzette Ehlers, Paul was responsible for teaching the first course in Quilt Judging in South Africa.
Paul is also a well-known and a SAQG accredited Recognized quilting teacher. Internationally he has taught in Zimbabwe, Germany at the Irsee Academy, New Zealand and the Netherlands. He was also invited to teach classes at the 9th, 10th, and 18th European Patchwork meeting in Val d’Argent, France, during their annual European Quilt Festival.
What is exceptional is the fact that he produced this body of works in spite of the fact that he had a full-time job till the end of 2014. He was Director of the School of Communication Studies at the North-West University which included the departments of Corporate Communication, Journalism, Video, History of Art and Graphic Design. 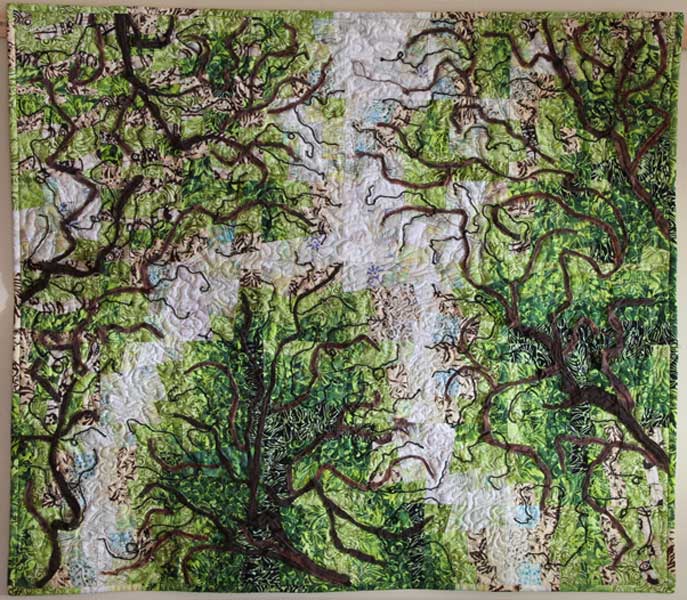 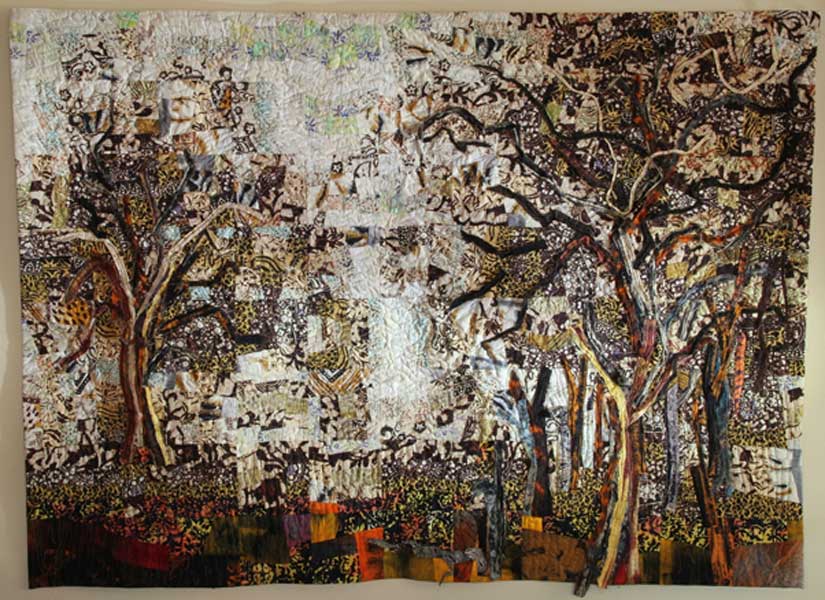 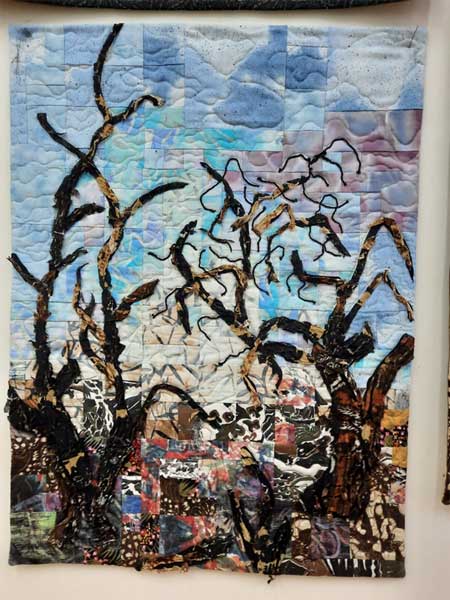 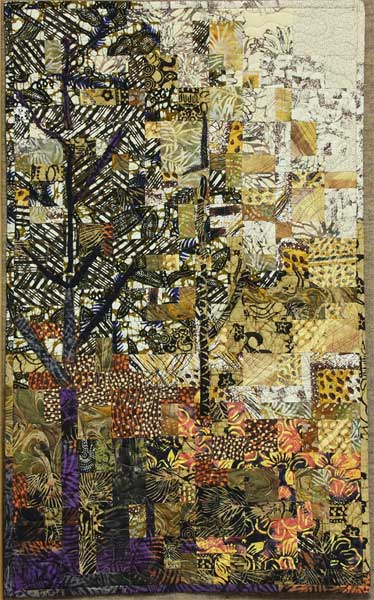 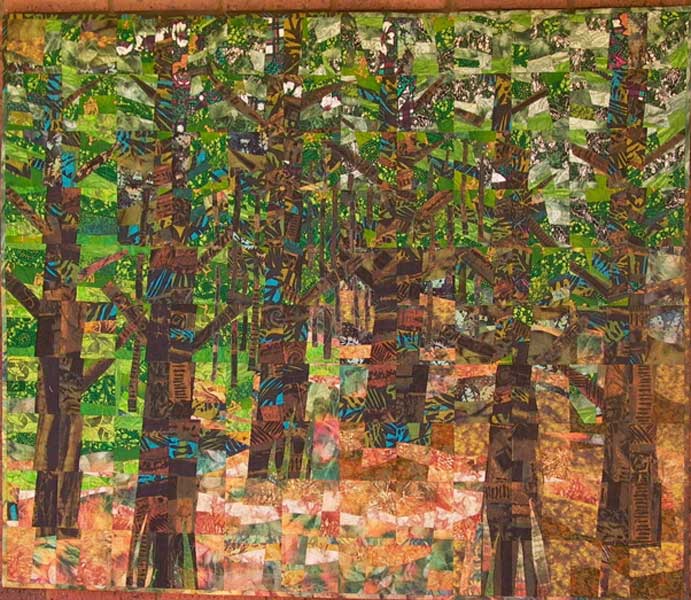 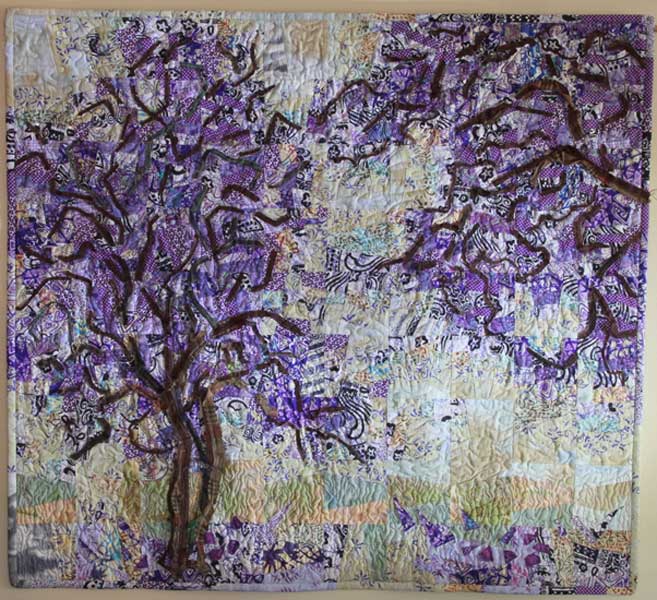 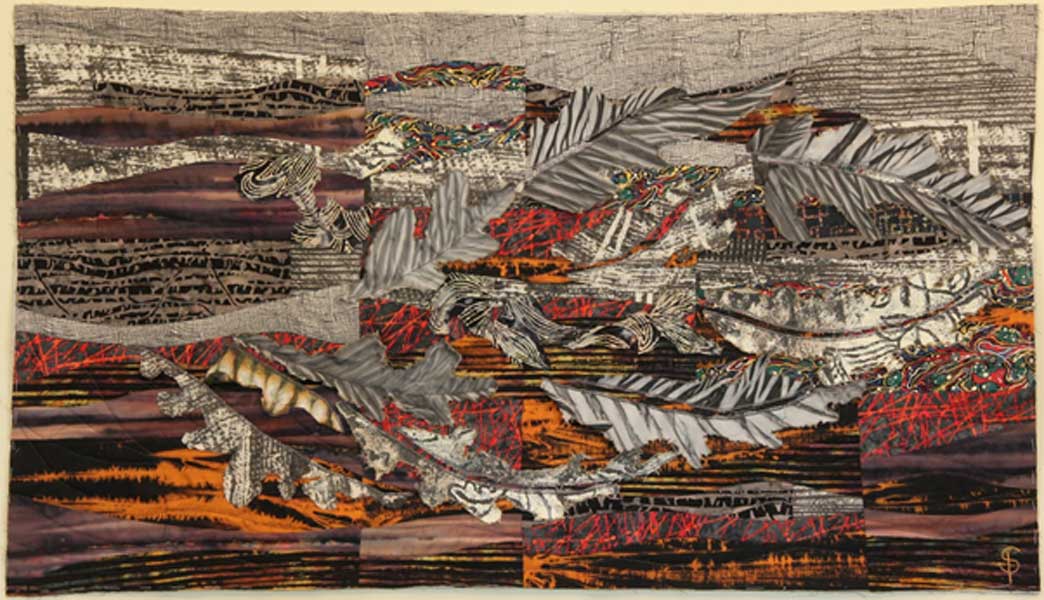 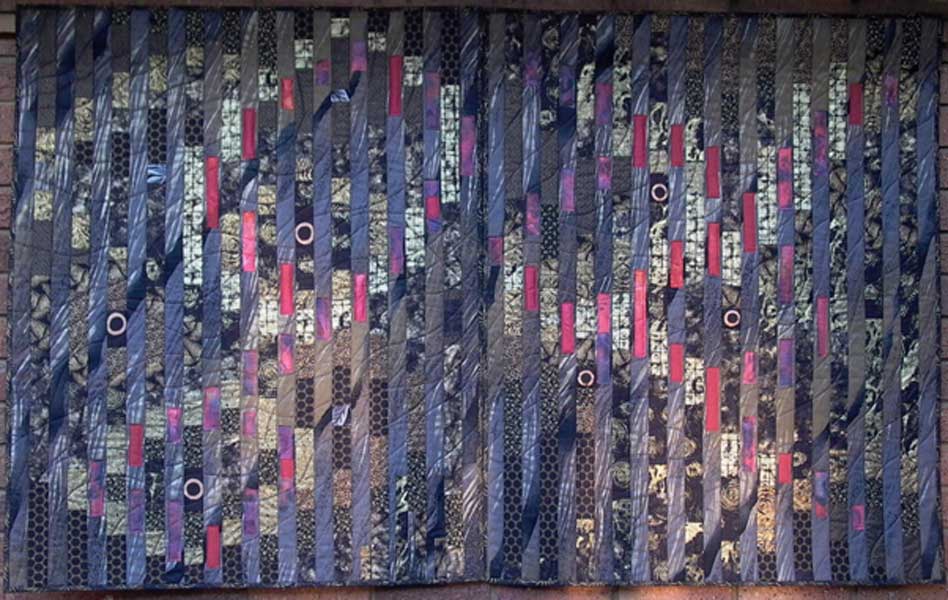 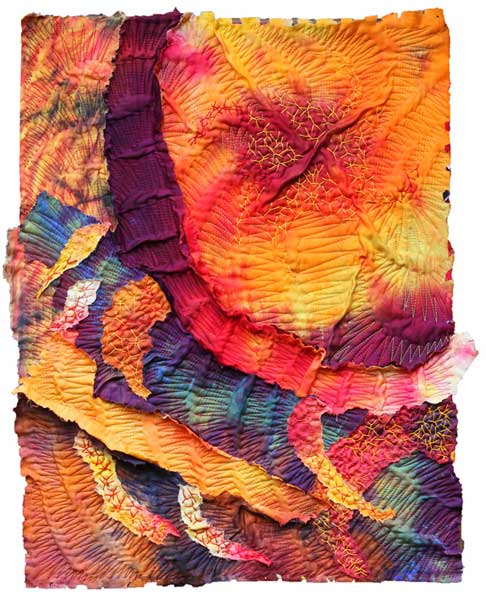 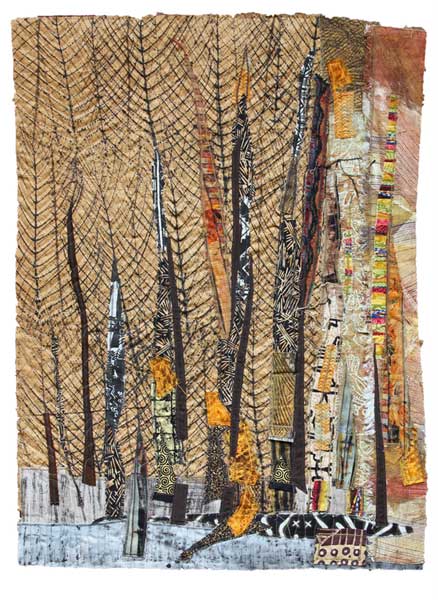 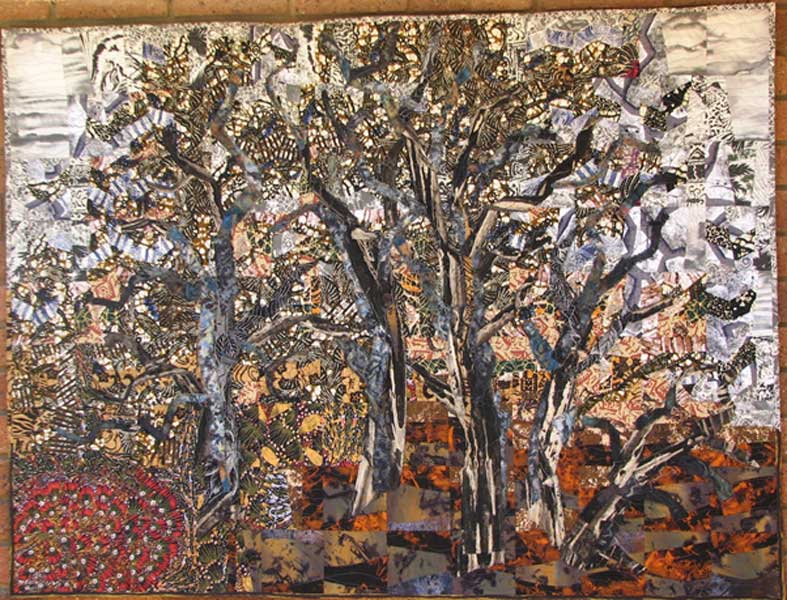