In 1989, a group of crafters met monthly under the guidance of Vyvyan Muller at Millbrae House. Some of these ladies attended the 1989 Quilt Festival in Swakopmund and came back determined to quilt.

Meetings - 3rd Saturday of every month 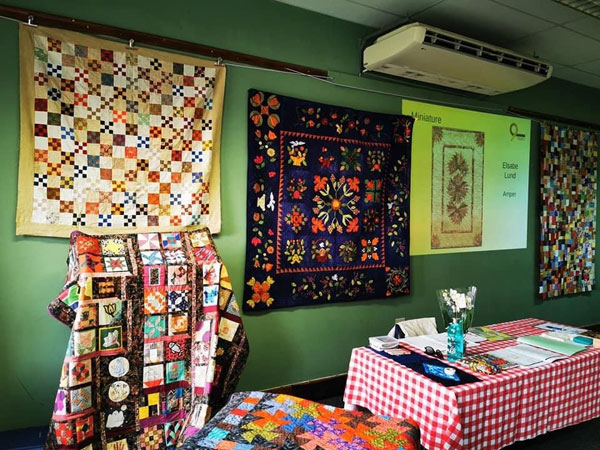 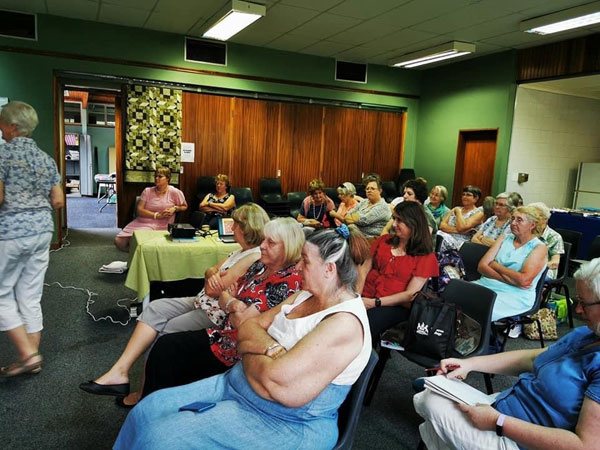 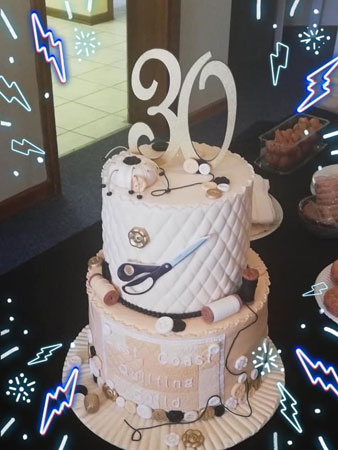 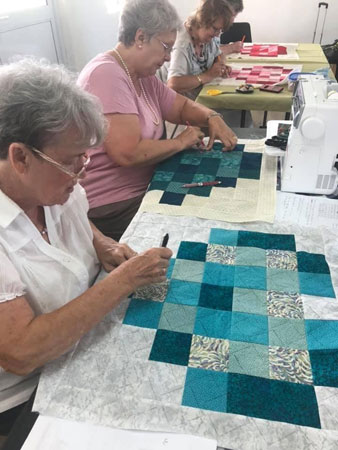 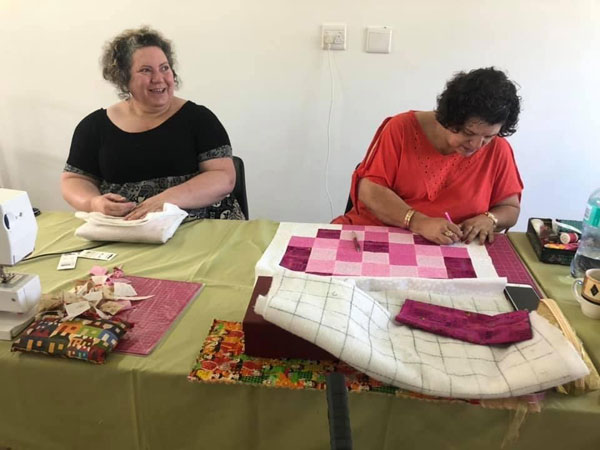 Current subscriptions are R120.00 per annum. Door fees R10.00.  Members receive a monthly newsletter.  We hold regular demonstrations at each meeting, and try to have 6 workshops a year.  We have a good library of very diverse books and magazines.

There are 7 small groups within the Guild, who meet in fellowship every week to make quilts for family, friends, and charity.

Our first Show was held at Floradale Nursery in 1989, subsequent Shows followed at Nahoon Methodist Church Hall, and currently the annual Show in November is held at the East London Museum.

The pineapple logo, which is the centre of our banner, was designed by Lyn Riley and in 1992 Marilyn Pretorius added the traditional pineapple blocks used in the border, together with other symbols of the area.  It was hand quilted by Barbara Charlton.  The pineapple is the symbol of friendship, and East London is the heart of the pineapple industry.

Each year a quilt is made to be raffled at our Exhibition. We use it as a fund raiser to cover the costs of the Show.

We are on Face book as East Coast Quilters Guild with regular postings of the Guild activities.