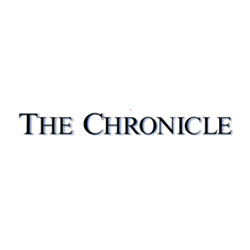 Quilts of Mandela now at Delta Arts Center in The Chronicle

An exhibit of quilts honoring Nelson Mandela is currently making its one and only stop in the southeast at Delta Arts Center and Bennett College.

The exhibit, “Conscience of the Human Spirit: The Life of Nelson Mandela” which features 51 quilts from South Africa and the United States, is split between Delta and Bennett’s Wilbur Steele Hall Art Gallery in Greensboro. The exhibit comes from Michigan State University with quilts from the Women of Color Quilters Network, which challenged quilters to create pieces honoring Mandela, an activist and former South African president who passed away in 2013. The quilts contain quotes, photos, art and patterns representing many aspects of Mandela’s history.

“There are so many different themes represented, so many different aspects of Nelson Mandela’s life: his time in prison, his presidency, the Nobel Peace Prize, his focus on education,” said Delta board member Alison Fleming.

The exhibit started touring South Africa in 2014 before coming to the United States in 2016. This is its last showing. The exhibit will run through Feb. 24.

“It’s an opportunity for us in this part of the country to even see this because it hasn’t been exhibited in the southeastern United States,” said Andrena Coleman, who curated the exhibit at Bennett College, where her quilt of Mandela is on display.

There will be several events with the exhibit, including a screening of “Mandela- Long Walk to Freedom” at a/perture cinema on Thursday, Nov. 30, at 6 p.m.

The exhibit is part of “Delta’s Legacy of Creative Spirits” theme that highlights heroes and mentors, which includes a photography exhibit in its People’s Gallery by Owen Daniels that runs from November-December.
Delta Arts, 2611 New Walkertown Road, is currently open from 11 a.m.-3 p.m. Tuesday-Saturday. Bennett College is located at 900 East Washington Street in Greensboro.

Article by: Todd Luck for Winston-Salem`s The Chronicle